Feeding and fueling the world without harming the planet

IIASA researchers used the Global Biosphere Management Model (GLOBIOM) to better understand the large-scale transformations needed in agriculture and food systems to reconcile food security and environmental protection, and to support international processes examining the possible use of biofuels to reduce the fossil fuel emissions of air traffic. 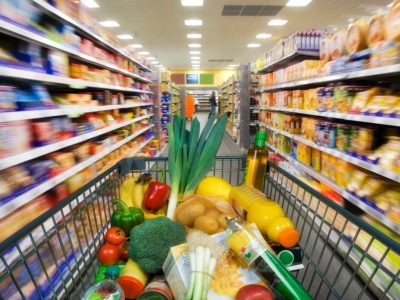 Despite encouraging progress made over the past decades, an estimated 821 million people were still undernourished in 2017, and by 2050, the world will likely have two billion more mouths to feed. IIASA researchers collaborated with colleagues from Ritsumeikan University and the National Institute for Environmental Studies (NIES) in Japan to explore different ways to end hunger by reducing the inequalities in access to food. The study [1] employed the GLOBIOM model to demonstrate that if hunger eradication efforts were focused solely on the under-nourished, food demand would increase by only 3%, and the associated environmental trade-offs would be largely reduced.

In many parts of the world, food security also depends on an extensive use of irrigation, in a context where the ecological health and functioning of rivers and their associated wetlands for both human use and biodiversity is gaining increasing policy attention. Another IIASA study [2] highlighted the role that international trade could play in reconciling food demand and ecosystem function. Results from GLOBIOM indicate that shifting crop production from water scarce- to water abundant regions and tripling international food trade would allow a full restoration of the ecological functions of rivers across the world.

The past decades have seen the development of various biofuel programs promoting the use of agricultural products to substitute fossil fuels in passenger cars. The aviation sector also needs to participate in decarbonization efforts, and even more so, as electrification of that sector is currently out of reach, in particular for long-haul flights. In 2017, the International Civil Aviation Organization agreed on a Carbon Offsetting and Reduction Scheme for International Aviation (CORSIA) to limit or reduce the impact of aviation greenhouse gas emissions on the climate. CORSIA introduces, among other measures, the use of alternative fuels with lower emission intensities to substitute kerosene.

The European Commission invited IIASA to support the technical work on life cycle analysis of possible future bio-jet fuels. Results from GLOBIOM and another land use model, GTAP-BIO, were used as direct technical input to the UN documentation defining international aviation fuel standards. These results will be used for the calculation of greenhouse gas emission reductions of all international flights during the CORSIA pilot phase (2021-2023).