Tighter emission controls for maritime shipping in European waters would deliver significant health benefits to citizens in Europe and Northern Africa, and would be more cost-effective than further measures for land-based sources. 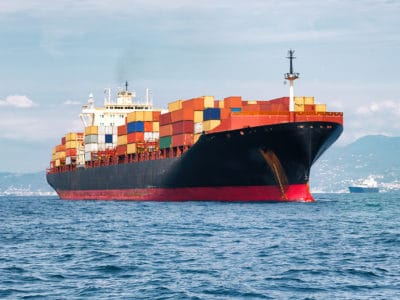 International maritime shipping is an important contributor to poor air quality in Europe. It has especially large impacts in port cities, but through the long-range transport of pollutants, it also affects inland air quality and the health of many European citizens, given that about 50% of the European population lives less than 50 km from the sea.

To inform international negotiations within the International Maritime Organization (IMO), IIASA researchers explored the impacts of alternative emission control interventions for international maritime shipping on ambient air quality in Europe and neighboring regions, as well as their resulting health benefits.

The study found that by 2030, further SO₂ emission control areas in European seas could avoid up to 4,000 cases of premature deaths annually, and 8,000 in 2050. In the longer run, tighter NOx standards could double these figures. If monetized, benefits typically exceed emission control costs by a factor of 7 in 2030 and by a factor of 12 in 2050. Particularly large benefits would occur to the fast-growing population in the coastal areas of the Mediterranean Sea.

For the EU Member States, and especially for Mediterranean countries, the analyzed measures for international shipping are more cost-effective than further controls of land-based emission sources beyond the recently agreed EU National Emission Ceilings Directive. At the same time, climate policy measures for international maritime shipping, through their reduction of fuel consumption, would deliver significant co-benefits on air quality, as they could cut the relevant air pollutant emissions by half.

The study was supported by the European Commission, to provide scientific input to negotiations on further reductions of emissions from maritime transport on European seas within the IMO. Results were presented at the Regional Marine Pollution Emergency Response Centre for the Mediterranean Sea and discussed at the European Maritime Safety Agency meeting in February 2019, as well as at the 74th session of the IMO and the Marine Environment Protection Committee in May 2019.