In 2019, IIASA continued its efforts to create a research community network to deepen the theoretical, empirical, and policy applications of demand-side approaches for the Sustainable Development Goals (SDGs). 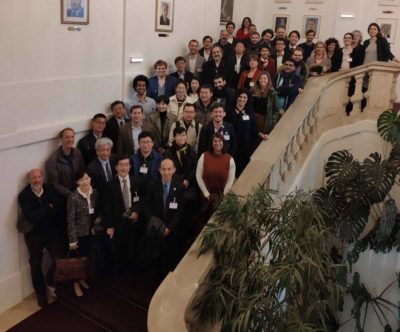 Demand-side aspects are increasingly recognized as being key not only for climate mitigation efforts, but also for addressing the SDGs [1]. However, research in this domain remains highly fragmented, involving multiple disciplines, each with distinct approaches in terms of theory, methods, and policy applications.

To further the integration and synthesis of the pluralism of demand-side research and to build a research community network, IIASA in cooperation with the Research Institute of Innovative Technology for the Earth (RITE), Japan, convened the second in an international series of workshops on Rethinking Demand at IIASA in November 2019. Convening such a network of researchers and practitioners not only furthers interdisciplinary cooperation, but also provides opportunities for the rapid dissemination of new research ideas and results.

The meeting was attended by 57 participants from 19 countries, representing multiple disciplines including modelers, social scientists, economists, and engineers; and from across different sectors including transport, construction, energy, and climate. Key lead authors of the Intergovernmental Panel on Climate Change (IPCC) Sixth Assessment Report, as well as a number of next generation, young researchers were also in attendance. The program featured presentations of novel results in the domain of digitalization in line with the second report by the IIASA-led The World in 2050 (TWI2050) initiative, which was released in July 2019, as well as innovative quantitative model simulations and scenarios on the significant beneficial impacts of shared urban mobility schemes. 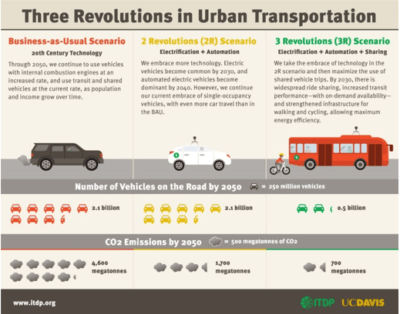 Figure: Three scenarios for reshaping urban transport and their implications for materials, energy, and CO2 emissions.

One of the benefits of digitalization is that new data becomes available for research with important policy implications. For instance, studies on electricity access in Africa showed that demand responses after grid connection are dynamic, illustrating learning effects, particularly for productive uses in businesses and small-scale industries that take time to unfold and require supportive policies.

In 2019, IIASA researchers also focused on developing a series of inputs to the ongoing IPCC Sixth Assessment Report process. This included contributions to the first order drafts of several chapters, as well as further in-depth modeling of low demand scenarios as quantitative illustrations of the potential of integrated climate and SDG strategies. The results were submitted to the scenario database of the IPCC Sixth Assessment Report, which is hosted by IIASA for use by hundreds of IPCC authors and the scientific community at large.