Cooperation is fundamental to the survival of all biological species, including humanity. In two studies published in 2019, IIASA researchers continued to explore how the general framework to study cooperation can be used to understand factors that reinforce corruption and to shed new light on the evolution of cooperation in biological populations. 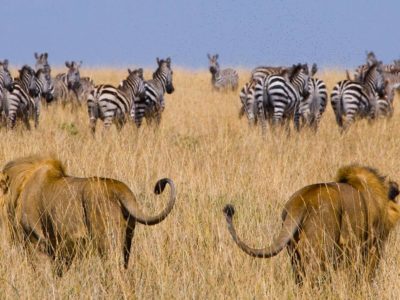 Corruption impedes equitable development, undermines institutions, and can destabilize societies. To better understand the problem from the viewpoint of strategic interactions between the different agents involved, IIASA researchers created a game-theoretic model of the dynamics of bribery, in which umpires monitor the decisions and actions of players and can punish non-cooperative behavior [1]. Although corruption is one of the major challenges facing humanity, few studies thus far have used game-theoretic methods to understand the conditions that allow corruption to emerge and take hold in a society. In the model, punishment can be avoided by paying a small bribe to the umpire if she is corrupt, and umpires can choose whether to be corrupt or not by updating their strategies through social learning. Players can learn whether the umpire they have to deal with is corrupt or not at a certain cost. By assuming that both players and umpires act in their own self-interest, the authors showed for the first time that cyclic waxing and waning of institutional corruption can emerge. This is a consequence of rational decisions by individual agents to implement costly anti-corruption measures when corruption is prevalent and cut expenses when corruption levels are low. The study illustrates how successful anti-corruption measures undermine their own success, and thereby explains corruption’s endemicity. It also underscores that transparency around the integrity of institutions is key, and that vigilance against corruption must be maintained even when corruption levels are low.

Cooperation is necessary for the survival and prosperity of humanity, and it is also a widespread phenomenon in nature. IIASA researchers looked into the evolution of cooperation between biological populations that live in different locations to understand new facets of how cooperative relationships evolve [2]. Using network models, the authors showed that the decisions on where parents and their offspring choose to settle are of key importance in terms of how species cooperate. When a parent, for instance, prefers to improve or maintain its own environment by displacing its offspring, this promotes cooperation. An example of such a scenario in the animal kingdom is when young male lions are abandoned or ostracized from the pride to maintain the dominance of the alpha lions and reduce competition from future generations. The results of this study underline the importance of enhanced realism in cooperation research and underscore the need to critically assess and revisit the assumptions that are made in studies on the evolution of cooperation.