The sustainable use of common resources is one of the major challenges facing humanity. An IIASA study for the first time combined experimental gaming with cultural theory to shed light on the mechanisms that govern human-environment interactions. 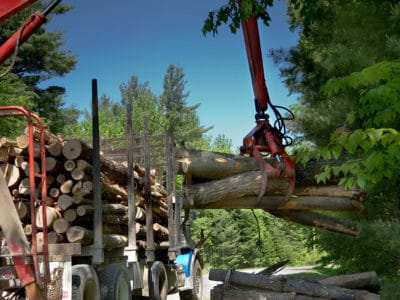 Common resources include global climate, clean air and water, civil security, the internet, and all living resources with shared ownership like fish, forests, and game stocks. People are often able to access these resources without, or with only limited restrictions, which makes them vulnerable to over-exploitation. In the worst case, this may lead to the collapse of the entire resource – a phenomenon known as a “tragedy of the commons”. In such contexts of limited foresight and complex decision-making, simulation games have become attractive in applied research. They offer an opportunity to immerse a host of stakeholders in relevant cases through experiential learning.

IIASA researchers designed a forest-harvesting game – the Forest Game – to see how awareness of additional risks affects the sustainable management of a resource. The study introduced a new perspective to the existing literature by investigating how one theory of risk perception, cultural theory, correlates with observed behavior in terms of decisions made in the game.

In the game, the objective was for participants to harvest trees in a forest to generate income. The forest however also served as protection against floods, meaning that if rainfall intensity exceeded the size of the remaining forest, players would be subject to flood damage, thus reducing their payoffs. The main question the researchers addressed was whether participants would prioritize such a risk over maximizing profit and, if so, to what extent. In addition, the team tested the importance of communication when the resource functions as a device of protecting against external risk.

The findings illustrate the influence of shared benefits, communication, and individual worldviews on the outcome of the game. The addition of group-level benefits for reducing the harvest rate improved outcomes in terms of forest sustainability in all iterations of the game, both with and without communication. According to the researchers, awareness of flood risk reduced the tendency of participants to overharvest the forest, which suggests that the risk of floods mitigates the social dilemma of forest management. Participants’ behavior appeared to be impacted by uncertainty, accompanied by risk averse behavior when the uncertainty was increased. Communication was shown to play a vital role in managing common resources, as did the worldviews of participants.

Further research will need to disentangle the correlation and causation of worldviews and pro-social behavior, but the study shows that there is much potential in transdisciplinary research that links theory with experiential learning to facilitate better management of common resources.