Forests are an important sink for carbon dioxide (CO2) emissions. An international team including researchers from IIASA analyzed decades of experiments to map the potential of forests to increase their biomass and continue to absorb CO2 in the future. 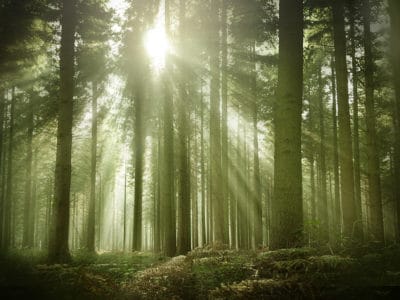 Trees are slowing global warming by absorbing about a quarter of all CO2 emissions produced by humans. It is however likely that this function will not last forever in the face of unabated fossil fuel consumption and deforestation. Scientists have long wondered whether forests could become saturated and no longer store additional CO2 from the atmosphere.

In their study [1], the researchers found reason to hope that trees will indeed continue to take up CO2 at generous rates until at least the end of the century. Fertilized by rising CO2 levels, plant biomass is expected to increase by 12% by the end of the century – absorbing an amount of CO2 equivalent to six years of current fossil fuel emissions. The study highlights the importance of the partnerships trees forge with mycorrhizal fungi to help them take up the extra nitrogen and phosphorus they need to balance their additional CO2 intake. The availability of theses nutrients and the type of mycorrhizal fungi employed, controls how much extra CO2 can be taken up – a process known as the CO2 fertilization effect. 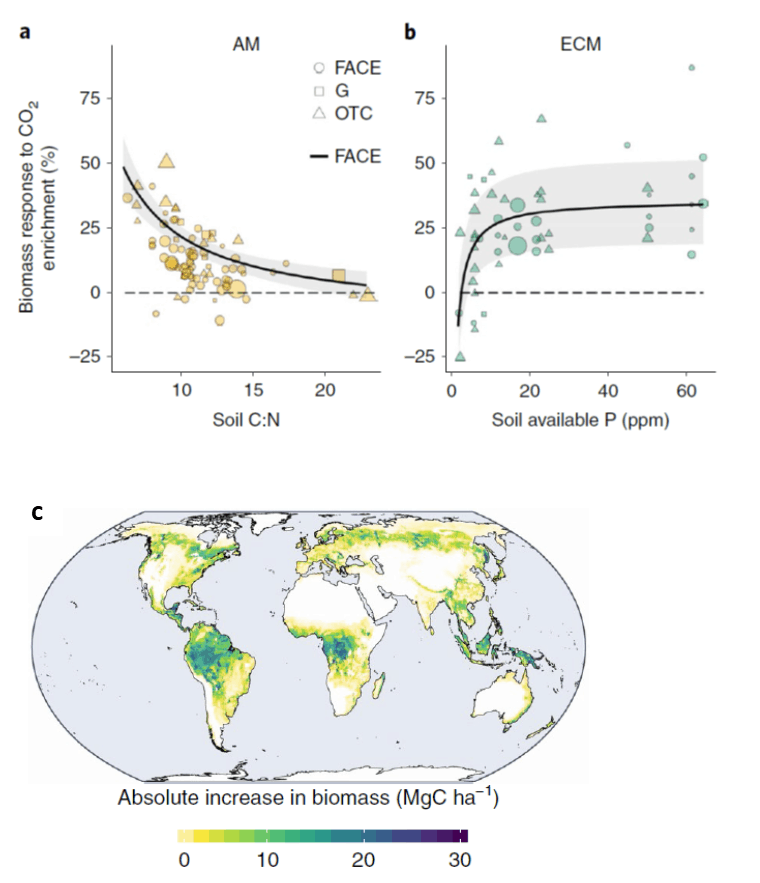 Previously, many individual experiments, such as fumigating forests with elevated levels of CO2 and growing plants in high CO2 chambers, have provided critical data on the size of the CO2 fertilization effect, but there has been no definitive answer globally. To more accurately predict the global capacity of vegetation to sequester CO2 in the future, the researchers performed a meta-analysis (synthesis) of data from all elevated CO2 experiments conducted so far – in grassland, shrubland, cropland, and forest systems – including ones they directed themselves.

The study’s findings emphasize the critical role of all large forests, in particular tropical forests such as those in the Amazon, Congo, and Indonesia, as regions with the greatest potential to store additional carbon. The potential for continued net CO2 uptake of the forests, despite nutrient limitations, underline the value of protecting this resource to help curb global warming into the future.