Connecting energy transitions and societal transformation based on empirical data

The transition from a traditional agrarian to a fossil-fuel-based energy regime has triggered the industrial revolution. It is a long-term transformative process of technological and socioeconomic change which is still ongoing in some parts of the world. Using statistical analysis and a unique dataset covering several centuries, IIASA researchers explored the relationship between such transitions and social revolutions which are disruptive short-term events, affecting political authority and social institutions. 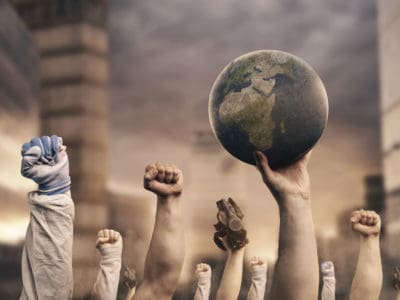 A collaborative study between researchers from the University of Natural Resources and Life Sciences in Vienna, IIASA, and others [1] looked at industrial and emerging countries that have largely achieved the full transition in terms of the amount of primary energy used from fossil energy carriers per capita per year by the early 21st century. The Netherlands and England were the forerunners in this process, followed by France, USA, Germany, Australia, Austria, Argentina, Sweden, Italy, Portugal, Russia, Chile, Japan, Turkey, India, and China. Of these 17 countries, in the course of their history, 7 experienced social revolutions and all of them happened in an early phase of these countries’ energy transition. Using statistical methods, this study determined a “critical” phase within which social revolutions are likely to happen.

The findings indicate that the early stage of the transition from a biomass-based to a fossil-fuel-based energy system may challenge the institutional and power relations in societies. This applies to industrial and emerging economies, as well as to those of Latin American and post-World War II developing countries. Interestingly, no statistically significant relation was found between historical time and the pace of transition towards modern energy, which means that the energy transition does not accelerate.