Many developed countries are facing challenges caused by very low birth rates and an aging population. IIASA researchers provided a systematic, multidimensional demographic analysis of the degree to which the negative economic consequences of population aging can be mitigated by changes in migration, education and labor force participation patterns. 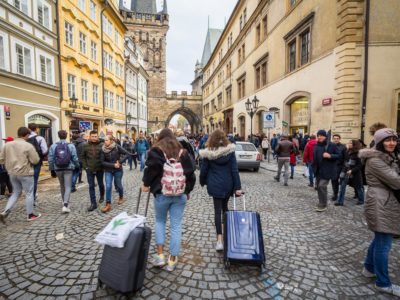 Migration is one of the most controversial political topics in industrialized countries. In this context, it is often claimed that population aging and the prospects of a shrinking labor force make immigration necessary in Europe’s economic self-interest.

IIASA researchers explored this issue under the auspices of the Centre of Expertise on Population and Migration (CEPAM) established in June 2016 as a research partnership between the World Population Program and the European Commission’s Joint Research Centre to provide science-based knowledge on migration and population dynamics in support of EU policy. The study produced a large range of alternative population scenarios for all countries in the world to the end of the century, structuring populations by age, sex, and level of educational attainment, and in the case of 28 EU member states further bylabor force participation, migrant status, duration of stay in the country, and mothers’ level of educational attainment. Precise knowledge of the current and alternative possible future population compositions enables us to anticipate future challenges of migration and integration.

Figure: Projections of the three different dependency ratios for the EU-28, baseline scenario, 2015-2060.

Figure: Projection of the productivity-weighted labor force dependency ratio for the EU-28 under different scenarios, 2015-2060.

In terms of policy options, raising labor force participation to be similar to that of Sweden with high participation amongst women, and implementing education-selective migration accompanied by high integration, could even improve the economic dependency ratio. On the other hand, high immigration volumes of lowly educated and people with a lower speed of integration leads to increasing economic dependency. This shows the high stakes involved with integration outcomes under high migration volumes.